Peru is a country in South America that's home to a section of Amazon rainforest and Machu Picchu, an ancient Incan city high in the Andes mountains. The region around Machu Picchu, including the Sacred Valley, Inca Trail and colonial city of Cusco, is rich in archaeological sites. On Peru’s arid Pacific coast is Lima, the capital, with a preserved colonial center and important collections of pre-Columbian art.


Machu Picchu is an Incan citadel set high in the Andes Mountains in Peru, above the Urubamba River valley. Built in the 15th century and later abandoned, it’s renowned for its sophisticated dry-stone walls that fuse huge blocks without the use of mortar, intriguing buildings that play on astronomical alignments and panoramic views. Its exact former use remains a mystery. 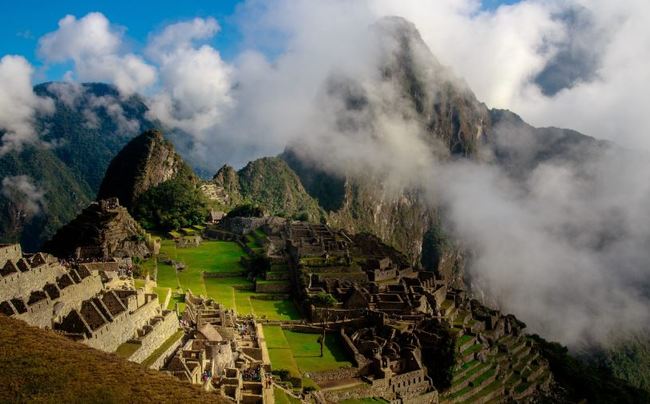 Mexico is a land of extremes, with high mountains and deep canyons in the centre of the country, sweeping deserts in the north and dense rainforests in the south and east. Mountains cover much of Mexico. Mexico is the product of a rich Indian heritage, three centuries of Spanish rule, and a shared border with the United States of America. Today, most Mexicans are mestizos, which means they have a mix of Indian and Spanish blood.  Few nations on Earth support as many plant and animal species as Mexico does. Located partway between the Equator and the Arctic Circle, it is a refuge for animals fleeing extreme cold in the north and intense heat in the south. In northern Mexico, deserts are full of plant and animal species that have found ways to survive the harsh environment. On Mexico’s west coast, grey whales swim thousands of miles each year from Alaska to breed in the waters off Baja California.

Mexico City is the densely populated, high-altitude capital of Mexico. It's known for its Templo Mayor (a 13th-century Aztec temple), the baroque Catedral Metropolitana de México of the Spanish conquistadors and the Palacio Nacional, which houses historic murals by Diego Rivera. All of these are situated in and around the Plaza de la Constitución, the massive main square also known as the Zócalo.

Teotihuacan is known today as the site of many of the most architecturally significant Mesoamerican pyramids built in the pre-Columbian Americas. It is the most important and largest pre-Columbian city in Mexico.

Some will say that the highlight of this colonial treasure is the Fiesta Brava held at the Monumental Plaza de Toros. However, the Feria Nacional de San Marcos, the railway, watches, guava candy, embroidery, the balustrade of San Marcos Park, the temples, its architecture and its beautiful sunsets are just as representative of its heritage and historical wealth as the Fiesta Brava. 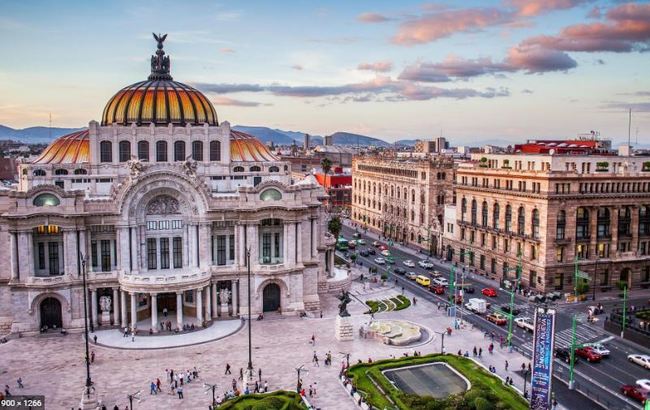 Brazil is the largest country in South America and the fifth largest nation in the world. It forms an enormous triangle on the eastern side of the continent with a 7,400km coastline along the Atlantic Ocean. It has borders with every South American country except Chile and Ecuador.

The Brazilian landscape is very varied. It is most well-known for its dense forests, including the Amazon, the world’s largest rainforest, in the north. But there are also dry grasslands (called pampas), rugged hills, pine forests, sprawling wetlands, immense plateaus (areas of level high ground) and a long coastal plain.

Bahia is a north-eastern Brazilian state with varied terrain, from tropical coast to the desert like Sertão region. Capital Salvador is known for its historic centre, Pelourinho, rich with 17th-century colonial architecture and perched above Baía de Todos os Santos (All Saints’ Bay).

Rio de Janeiro is a huge seaside city in Brazil, famed for its Copacabana and Ipanema beaches, 38m Christ the Redeemer statue atop Mount Corcovado and for Sugarloaf Mountain, a granite peak with cable cars to its summit. The city is also known for its sprawling favelas (shanty towns). Its raucous Carnival festival, featuring parade floats, flamboyant costumes and samba dancers, is considered the world’s largest.

São Paulo, Brazil’s vibrant financial centre, is among the world's most populous cities, with numerous cultural institutions and a rich architectural tradition.

Porto Alegre is the capital city of the state of Rio Grande do Sul, in southern Brazil. On the main square, Praça Marechal Deodoro, is the Renaissance-style Metropolitan Cathedral, with religious murals on the outside. The neoclassical Piratini Palace houses the state government. The 19th-century São Pedro Theater is nearby. The city is known as a gateway to the tall canyons of Aparados da Serra National Park. 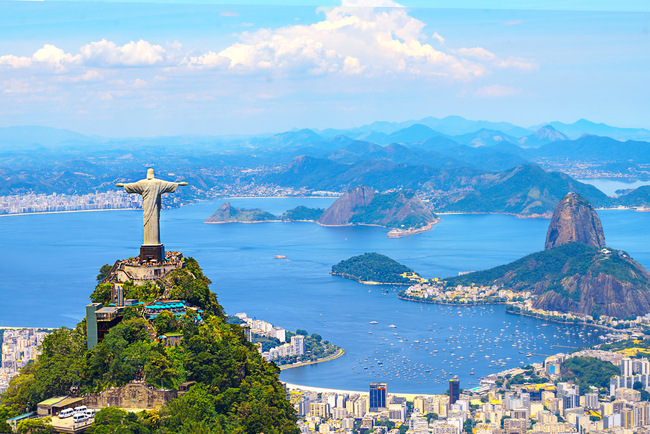