Flying in to Hamilton

Hamilton Airport is located 14 kilometres south of the city. It has taxi and shuttle services to get into the city.

The Symposium is being held in the Gallagher Academy of Performing Arts, which is situated on the University of Waikato campus four kilometres to the east of Hamilton city centre.

Please click here to see a map and more details about the Gallagher Academy of Performing Arts.

Free Saturday parking is available via Gate 2b, Knighton Road, Hamilton, with the Academy a two minute walk around the campus lake. 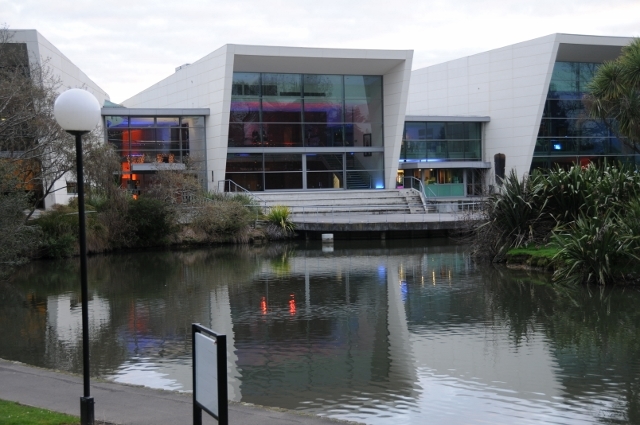 The Gallagher Academy of Performing Arts is situated on the University of Waikato campus.

Delegate parking is available at Gate 2B Knighton Road. If you require a mobility accessible car park please contact the organisers.